Everyone around me had been getting sick for the past month. I thought I had dodged it by some stroke of good luck, good hygiene, and paranoia-inspired raw garlic ingestion.

My mind wants to DO something, but my body says “Go back to sleep…” I think to myself, working out while sick – is it a bad idea?

Well, according to the experts, it depends on what you’re sick with.

Working Out While Sick: Results of Studies

According to this WebMD post, doing vigorous exercise while sick with a fever can overstress your immune system and lead to further dehydration, making you sicker for longer.

Your body is working as hard as it can to get rid of those bugs and get you back to full strength, so sit back and let it work its magic. If you get impatient and decide to go blast out a set of 100 burpees, you might just cause yourself to be sick for even longer than you would have otherwise.

In one study, scientists injected 50 healthy college students with the common cold virus (you can make pretty decent money being a lab rat as a college student. I had one friend who was paid $1000 to have a spinal tap done. Anyways…).

Half of the students didn’t exercise while sick, the other half did 40 minutes daily of moderate biking, running, or stair climbing at no more than 70% of their maximum effort.

Afterwords, the scientists looked at the data and found that this sort of exercise did not have any effect, positive or negative, on the length or severity of the subjects’ illness.

Your immune system is responsible for helping your body recover from intense exercise (think HIIT intervals or heavy resistance training), repairing your muscles/tendons/etc., making them bigger, stronger, and faster. If you ask your immune system to do this while it is already fighting a battle against the cold/flu virus, it won’t be able to kick the sickness as easily. So take it easy.

Studies show that just going for a brisk walk can cause the immune system to increase the number and activity of natural killer cells and neutrophils (think of these little guys as the bouncers/doormen of your immune system, killing any suspicious intruders).

In fact, people who have a habit of doing regular moderate exercise are less likely to get sick than the general population. Elite athletes, on the other hand, often have a higher rate of upper respiratory tract infections, possibly due to the immune system working double time for exercise recovery as we just discussed.

So, here’s a quick summary:

That’s it for now, stay healthy and have a great week.

How Not to Fall Off the Healthy Eating Wagon: 13 Ways to Avoid Falling Off

Bodybuilding Supplements: The Truth and The Myths 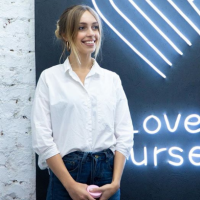 Editor-in-chief of the Workout Family, gym and personal trainer (AFAA’s Group Fitness Instructor since 2017, NASM Certified Nutrition Coach since 2019). Check out more about our team & consultants